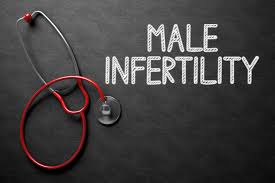 Infertility has always been a sensitive and straining issue for couples. With many studies conducted, they’ve shown that 15 to 20 percent of people within reproductive age have some level of infertility. Furthermore with infertility in men, that is actually to blame 30 to 40 percent of the time.

Male fertility is a complex process. To get your partner pregnant, the following must occur:

In those kinds of situations, you want to be conducting male fertility tests to test male fertility. All you need to do is go to a fertility clinic. But there can be some other signs that lead up to male infertility and from those we can understand how to detect early signs of infertility.

Known as “ejaculation disorder” in the medical world, this issue at the core is suggesting ejaculation isn’t normal. This means that the volume is low or happens rarely or can be hampered through erectile dysfunction.

This disorder can stem from a variety of things, but it does contribute to infertility in men. In the end, if you do suffer from an ejaculation disorder, check with your local physician or fertility specialist .

Varicocele of the Testicles

These are the veins that appear in your testicles and serve to obstruct drainage. They also serve to lower sperm count as well and affect about 10 to 15% of men within the reproductive age range. How it is caused is really up for debate, however what’s important is the signs of this. Those signs being lumps on the testicles, dull pains, swelling, and being able to see large inflamed veins on them. Thankfully this condition can be corrected through surgery in most situations, but you still want to check for swelling and lumps on the regular.

With this one, it’s hard to tell at home and you’ll need to go to a male fertility clinic for a male fertility test. The reason being is you’ll need to measure how many sperm are present is your semen and only doctors have the equipment to measure it properly. When it comes to male infertility, their sperm count falls below 15 million sperm for every milliliter of semen. That’s quite a lot, but before you panic, in healthy fertile men, the sperm count of that amount ranges between 20 million and 150 million.

Popular culture has men portrayed as individuals who indulge in sex more than women. Men produce a naturally large amount of testosterone which is a hormone linked to libido (aka the sex drive). It’s for this particular reason why if you should be concerned if men have a change in their sex drive and isn’t related to external events (like stress from tragic events or longer working hours). In those situations it could be a sign of male infertility.